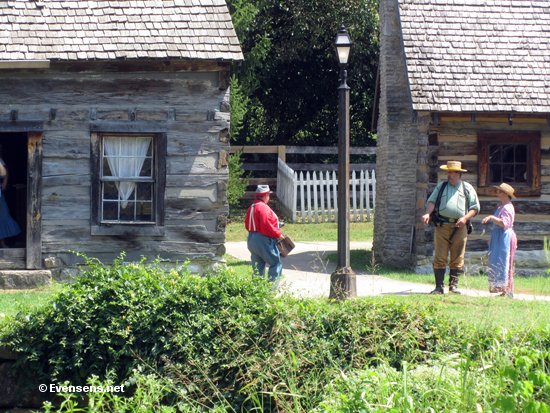 We spent three days in Bardstown, Kentucky, and made good use of our time to visit museums, enjoy the food, and even relax a little. 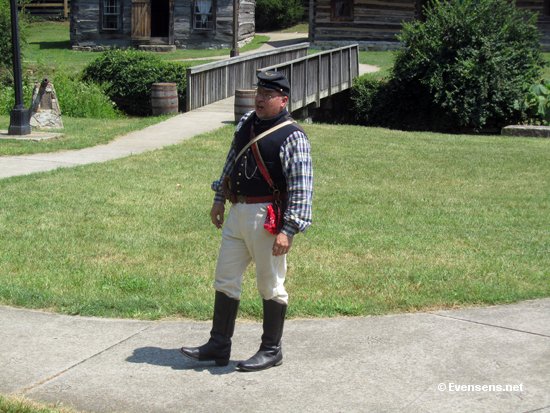 This gentleman announced the beginning of the battle so the tourists (us included!) could all move up to a safe spot to watch the action.  There were at least 100 people sitting in the grass on the side of a hill to watch the battle. 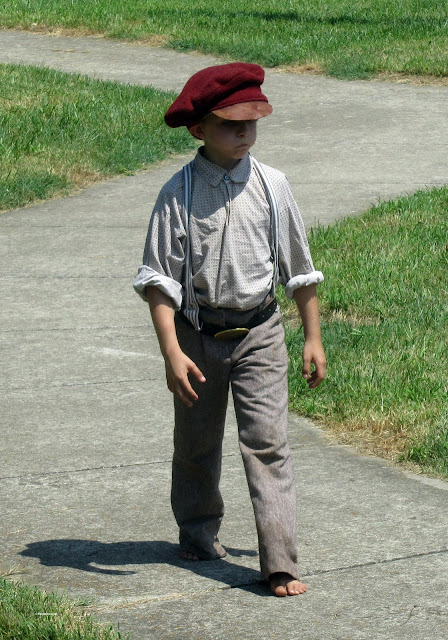 Is this little actor darling or what! 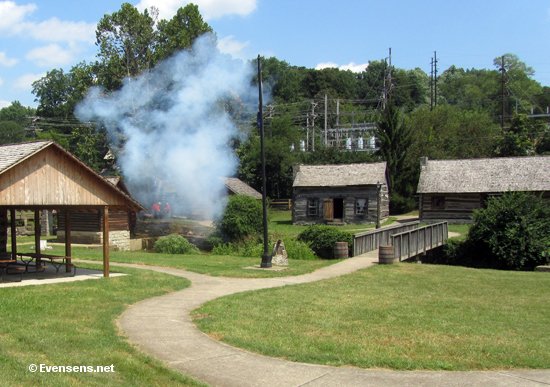 And, the battle began! 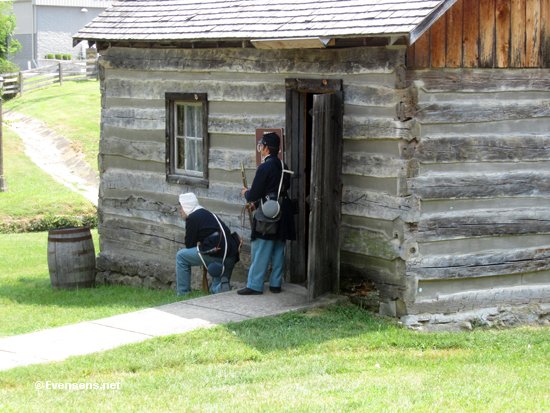 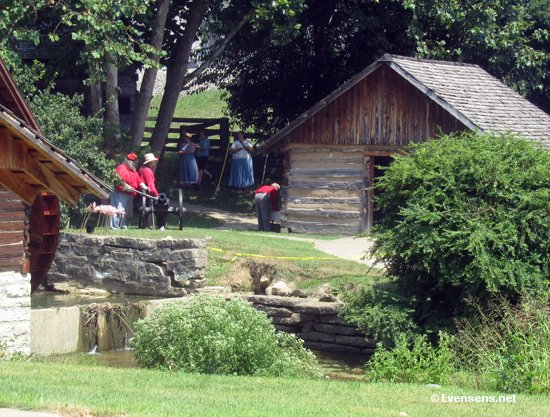 The guns were LOUD and the actors made plenty of noise, too. 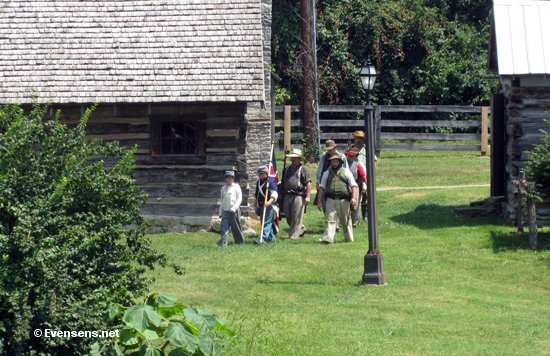 This ragtag group of Southern soldiers marched across land they had just "taken." 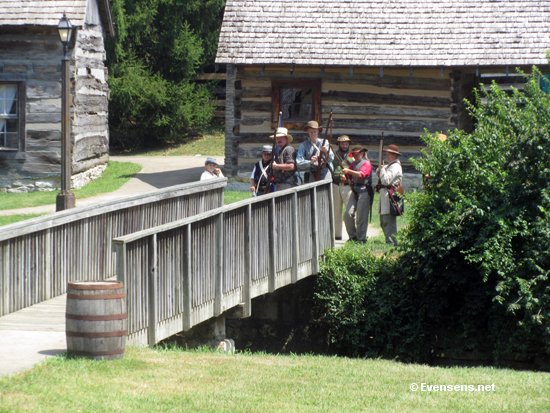 And, then, they took the bridge! 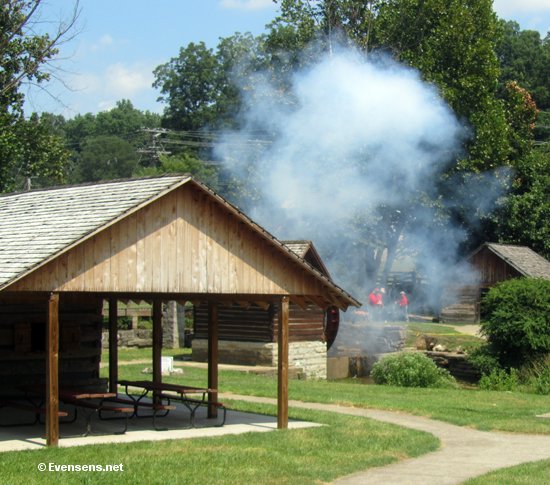 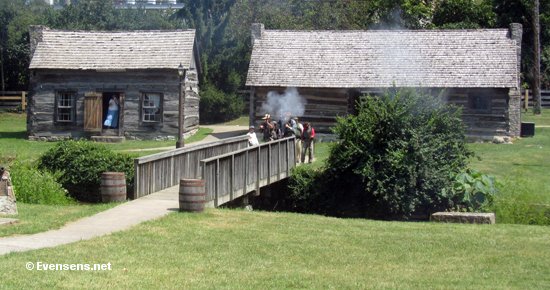 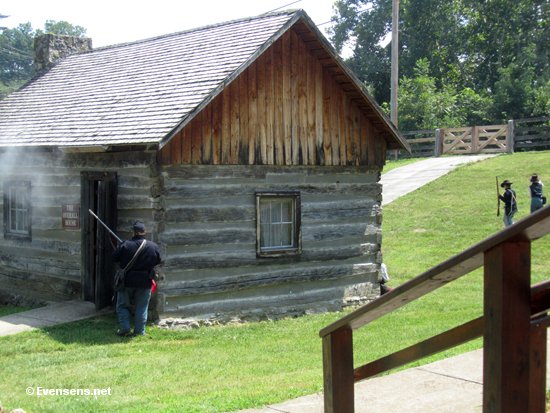 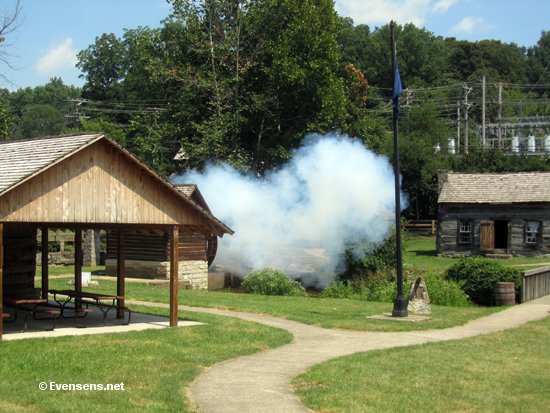 ...but the South had them out manned and out gunned. 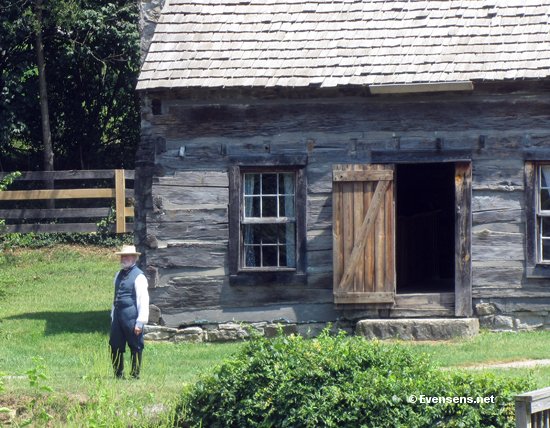 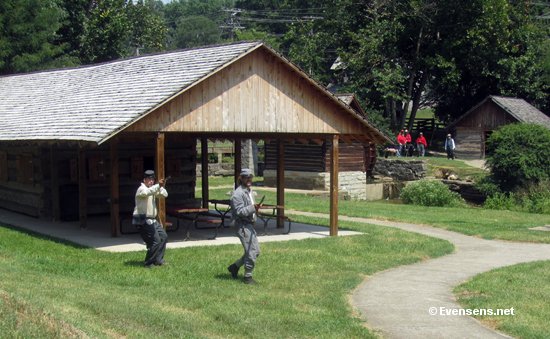 The South cut the North off by coming around the side of the knoll. 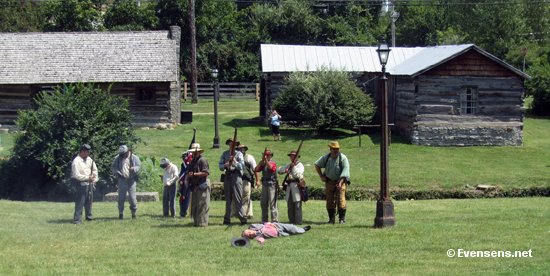 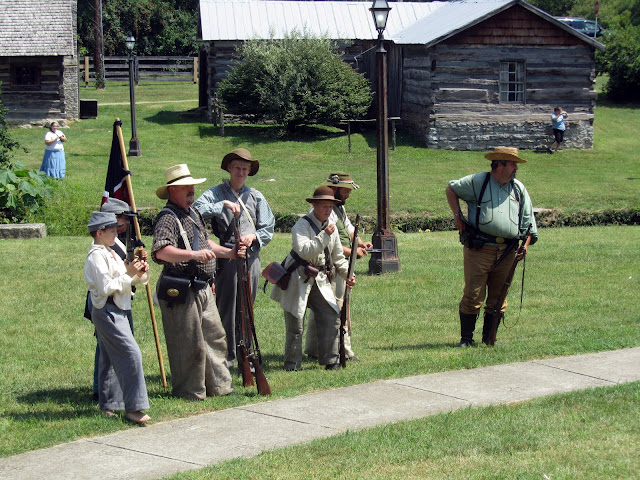 Of course, since we are in Bardstown, Kentucky, the South won.  ;) 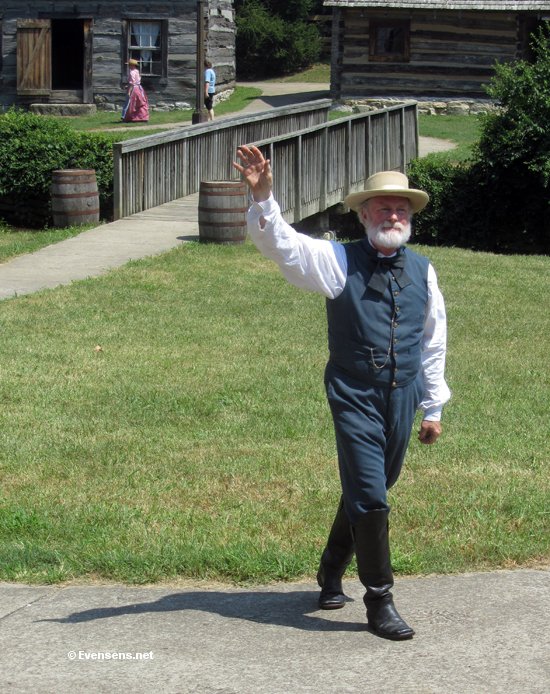 This is the man who owns the museum.  He certainly looks good in character! 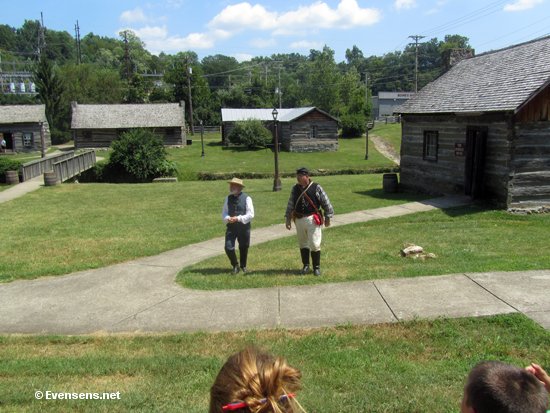 And, the gentleman to the right is one of the actors thanking us all for being there.

This was a wonderful demonstration.  We had waited all day for this and weren't disappointed.

I hope you've enjoyed it with us.

All the best,
Lois
Posted by Lois Evensen at 7:00 AM

I have totally enjoyed this series of posts. There is a place just outside of Rochester, called Genesee Country Museum. The buildings there were actually taken from land in the Genesee Valley in Western New York. They have a wonderful Christmas tour, complete with a "harsh" minister from the period. In the summer, they have Civil War re-enactments that are fun. Being a history buff, I "eat this right up!"

that little boy was my favorite!

Lovely series of posts Lois. Must have been fun to get close to the 'action' and soak up the history.

This was certainly an interesting trip! Love Di ♥

This has been very interesting and your pics are great. The little actor is adorable.

Bardstown has so much to see. It must have been very interesting watching the Civil War reenactment. Seeing it take place in a peaceful village setting would really bring home just how terrible the Civil War battles were.

I would really like to fire a shot or two with those smoky guns... 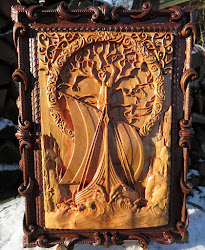